After almost 5 years we will be taking our first family vacation.  We haven’t been on a vacation since August 2011. Sierra wasn’t even one years old. She’ll be 6 this year, and poor baby brother wasn’t even in the picture. So while this technically wouldn’t be our “first” family trip. It’s our first trip as a complete family.

So yeah, to say this trip is long overdue is an understatement.

The conversation of our trip, which I will get to in a moment, started 72 hours before. I was researching one thing and discovered a really great deal that couldn’t be passed up. I talked to Jeff about it and he was kinda on the fence about it. Which meant with enough poking and prodding I could get my way. So the next day, I mentioned it to my mom, who has been actively seeking a getaway since my grandmother passed almost a year ago. My mom and aunt just want to get away like how we used to when me and my cousin were kids.

I told my mom we might not take this trip because we have our eye set on a new apartment. She proclaimed, “you could die tomorrow. Let’s go.”

She did have a point. I could. Chances are I wouldn’t, but would Jeff see it that way? I didn’t have to poke too much because he buckled like a belt. And just like that, my family would come together for the first time since my wedding in 2008 for a 9 day Caribbean Cruise. 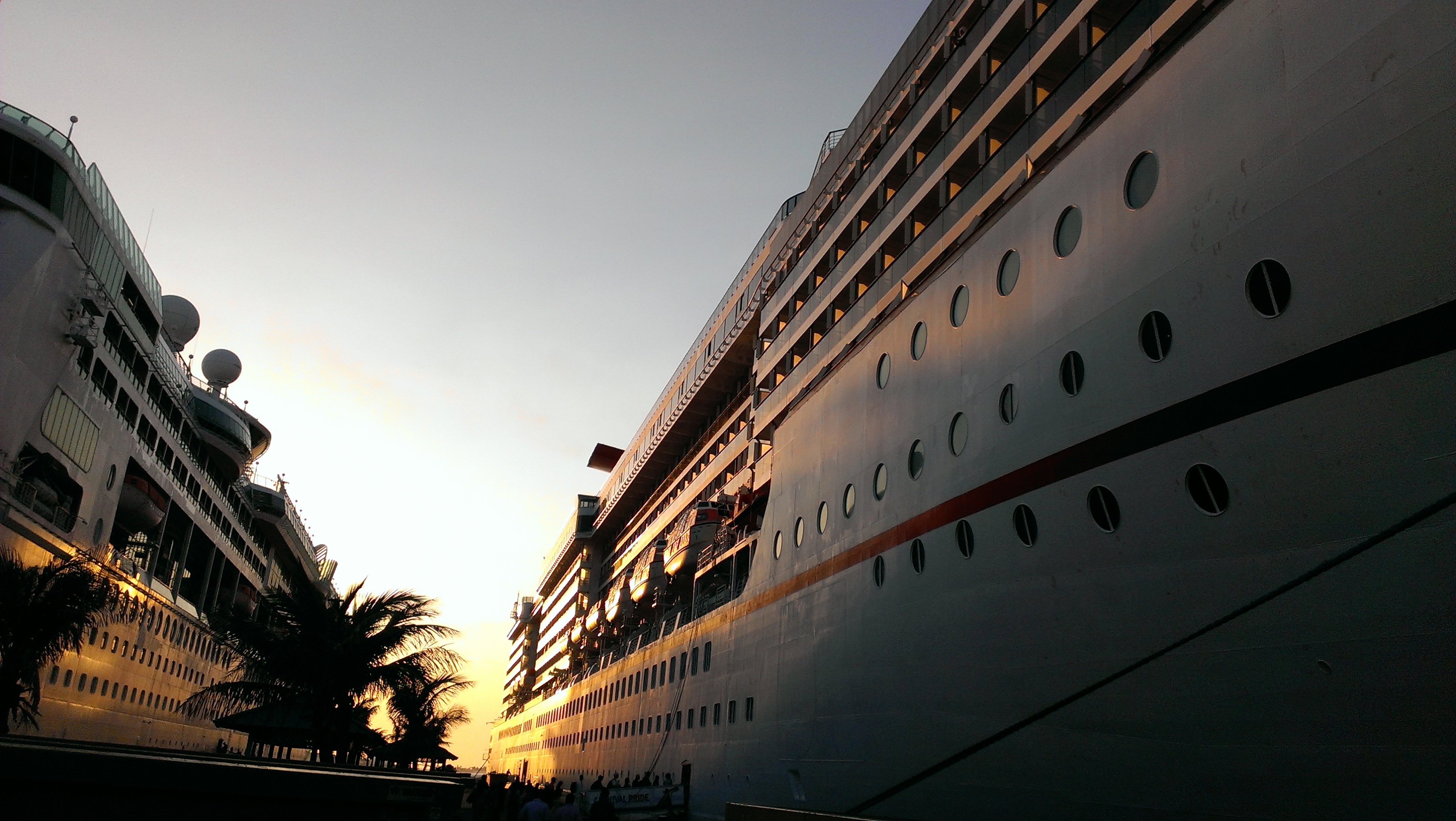 We didn’t let the recent news about ships sailing into storms or a sickness outbreak bother us. Oh, no. We’re cruise lovers and nothing short of pirates will keep us from sailing, if the price is right.

Which brings me to why we haven’t taken a vacation in a long time – money. Isn’t it always about moolah? It’s not that we don’t have it. We do. It’s just that it’s super expensive for a family of four to board anyone’s plane. Before kids me and Jeff could high tail it to Miami for less than $500. Now, we aren’t getting there for anything under $1500! And in the words of Sweet Brown, “ain’t nobody got time for that.” Not I. No, I don’t. I’d rather save it up and do something else that’s more affordable.

So when I stumbled upon this cruise at a rate of $1159 per person, for a window cabin (boooo!) leaving right from our backyard, it was just too good to pass up. Fate was telling us to take it. And today we paid our deposit!

This summer we will be sailing on *drum roll* Carnival Sunshine.

I know there are people who talk smack about Carnvial and how it’s the Walmart of cruises. How all we do is party, drink and get loud. As if that’s an insult. Carnival is known as the fun ship which means Lido Deck pretty much looks like

Yeah we party hard. But we also work hard, so we deserve it.

On this cruise our destinations will include:

In addition to those stops we will also spend four days at sea, 2 days getting to the Caribbean and 2 (sad) days coming home.

Because we frequent the Caribbean we have already been to San Juan and St. Thomas, while on our honeymoon cruise in 2008. But because we really enjoyed these destinations we don’t mind  going back, especially to San Juan. And the two new destinations for us will be St. Maarten and Grand Turk. We may or may not do excursions here, that hasn’t been decided yet. We like to roam and talk to the locals. We’ve toured some amazing islands just paying a local to take us to the sights they love that are not listed on the cruise directory. This is highly frowned upon but we’ve never had any issues.

While on our vacation we will spend our time in a quaint cabin with a window overlooking the ocean.

Now the reason why boo’d my cabin a little while ago is because I’ve become spoiled by balcony rooms. It’s the equivalent of flying first class and now being forced into coach. Since we’re booking on the late side the category we wanted was sold out. Not to knock anyone who has stayed in a window room, or even an interior, but it’s just once you’ve experienced your own private balcony it’s hard pill to swallow realizing you’ll be without it. But, I will take the high road and be thankful 1. we’re even going, 2. that I even have a cabin at all since there are only less than a dozen rooms left on the entire ship and 3. realize there is a family somewhere dying to take a trip and can’t. So I just need to suck this shit up and enjoy it.

But because I’m a cruise pro (this is my fourth) I know at the end of the day it doesn’t matter about the room since I’ll hardly be in it. There’s so much going on at various times all over the ship (not including when you get to a new destination), that you’re only in your room the four S’s – to sleep, shower, shit and the sex. That’s it! The majority of the time you will be on Lido Deck in the pool, at one of the all you can eat buffets, shopping, gambling, a game show competition, a comedy show or musical, and the list goes on.

I’m busting over here right now at the thought, as this is going to be the vacation that we talk about for years to come. And as much as I’m excited to go since my last cruise was in 2009, I’m more excited for the kids. This will be their first time on a boat period, let alone a cruise and with so much for them to see and do it will be epic. I’m just waiting on their faces when we get there so I can capture it. Only 193 more days to go until I can see it.

So that’s my summer vacation. Do you have any vacation plans set?