Blog, To Do Around NYC 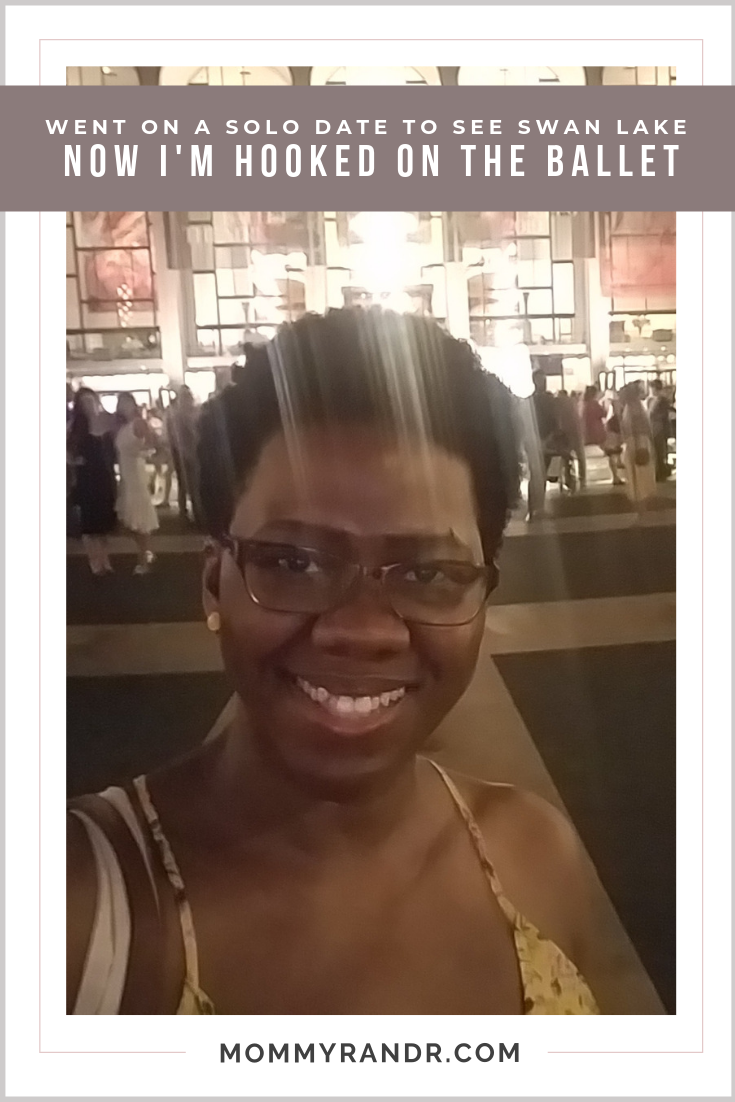 If you live in Bed-Stuy and wondering who’s been playing Tchaikovsky’s Swan Lake at max almost volume daily for the last serval months, it’s me. I cannot tell you when I became such a huge fan of classical or what prompted me to even give it a listen, but what I DO know is classical is awesome and I can’t make it through the day without it. It centers me and keeps me sane.

So how’d I go from blasting Swan Lake at home to having a near front row seat to the ballet? I’ll tell you. It all started with a Facebook post. Some people talk about how folks share too much on social media. But let me tell you if it wasn’t for a friend sharing that she and her husband were going and the particular performance they were attending was starring Misty Copeland I would have never known.

As much as I enjoy listening to Swan Lake, Op. 20 on repeat daily it never dawned on me to get tickets to actually see it. So you see social media has its useful moments.

What is Swan Lake about?

I’ma give you the short version with no spoilers. It’s about Prince Siegfried coming of age and finding a bride so he can become ruler of the kingdom. There’s a ball (isn’t there always a ball?) and the most beautiful women from near and far attend to grab his attention and his heart. None do. During the party, his mother, the queen gifts him a crossbow. As he sees his carefree single days coming to a close he hauls ass out of the party and into the forest.

While in the woods, he sees a swan but before he can shoot it with his crossbow it turns into a beautiful woman. He approaches and learns her name is Odette and that she’s under an evil spell cast by von Rothbart. The only way to break the spell is to declare his love and fidelity to her. From there, things happen and shit gets wild as we see the lengths two people will go to break the spell and be together.

After reading about my friend’s excitement I knew I had to try and get a ticket for myself. This is, after all, Misty Copeland. The first Black woman in 2015 to be appointed Principal Dancer at the prestigious American Ballet Theatre. I had always been a fan of hers and as a Black woman, newly in love with classical, I understood the importance of seeing her in this particular production.

Now in my mind, I thought the ballet was something that rich people did because they were the only ones who could afford it. That couldn’t be farther from the truth. I was shocked to see so many affordable seats. I grabbed a seat to the far right of the stage with a slightly obstructed view in row N for $75. This was the closest I was going to get without blowing my budget, cause like most things where you sit determines what price you pay.

Once I had my ticket I was hyped. I finally put my planner to use and marked the date which was exactly three months away on June 26. This was a night that I would take myself out on a solo date to see my very first ballet.

Why did I go to the ballet alone?

I’m always down to go somewhere alone with Jeff. It’s our time to reconnect with one another and do things that we want to do as opposed to the kids dragging us all over. But, there are times where I want to be alone to reconnect with myself. Yes, I’m home alone all the time with the kids in school, but I’m not really going anywhere besides Target and the market. I spend most of my days in the house and while I’m quite happy about that there are days where I want to dress up just a little and indulge in something that’s going to bring me joy. Not that Target doesn’t bring me joy, but let’s face it there’s no comparison between Target and The Met Opera. 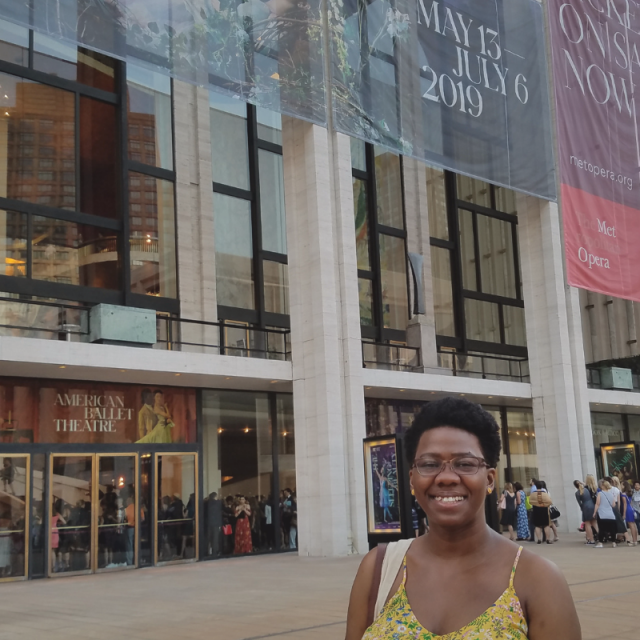 Since this was my first time at the ballet I was worried about what to wear. Thankfully, I didn’t have to worry too long as I learned the American Ballet Theatre has no dress code. The only exception to that rule is for galas and special events, obviously. Allowing people to come as they are leads me to believe they want you thinking less about you’re gonna wear and more about the performance you’re going to experience. I couldn’t agree more.

When I arrived at The Metropolitan Opera the lines were outside the door and almost at the iconic water fountain. It seemed like all of NYC turned out for this performance and I was ecstatic to be a part of it.

I’ve never been to an opera house and it was unlike anything I’ve ever seen. From the rich red carpeted floors and thick cushioned seats to the stunning snowflake like chandeliers and brass accents. I was not prepared for this kind of luxury. I had to restrain myself from looking like deer in the headlines, which I probably did anyway since I can’t control my facial expressions. But for real, this place is breathtaking. Those private donations be large, okay. 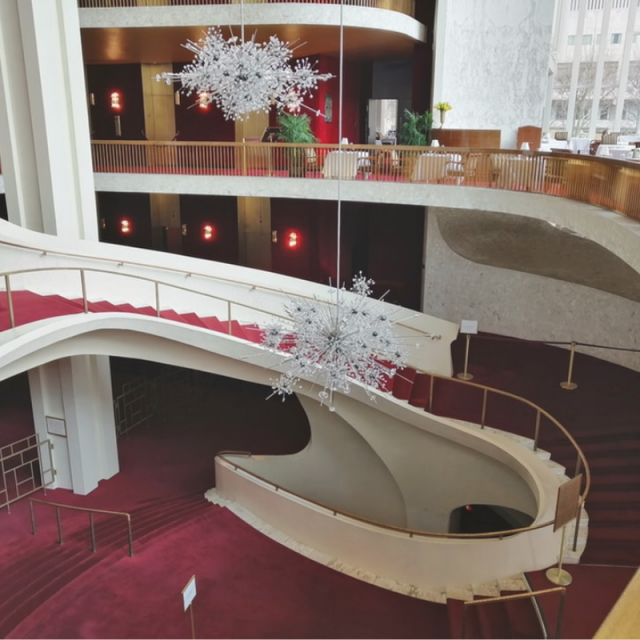 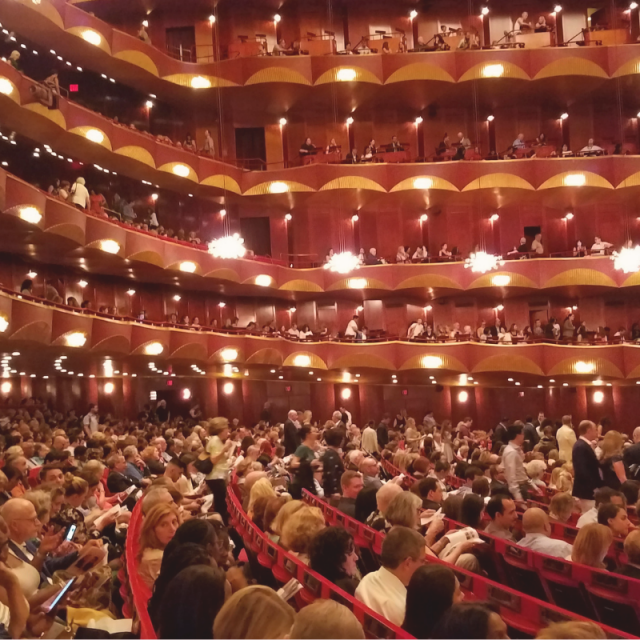 As the lights dimmed and the orchestra began to play, I felt the tears well up inside me. I had to tell myself to get it together but then Misty glided across the stage and I lost it. There I was weeping thug tears in the darkness and Act 1 wasn’t even 30 seconds in, and I would remain emotional throughout all four acts. It was magnificent. What parts? ALL. OF. IT.

I looked at these performers captivated as they beautifully executed intricate routines on their toes with perfect posture. I wanted them to teach me their ways despite my arthritic knees and achy back. And when I wasn’t watching the performers I closed my eyes to take in the sounds of the orchestra. It’s one thing to listen to Swan Lake at home and quite another to be in the room with it truly hearing it. It was an otherworldly experience, one that will stay with me for the rest of my life.

Getting tickets to my next ballet

Now that I’m hooked I gotta get my coins ready for the fall season. Tickets go on sale starting July 22. I’m not gonna play around cause I know they will sell out. I’m not trying to be so far on the right side of the stage again. I need to see EVERYTHING. Right now I have my eye on the 2019 Fall Gala even though I really wanted to see The Nutcracker but that’s in Cali. But honestly, it really doesn’t matter to me what I see I’m just trying to go again to bathe in the beauty of the ballet.

Have you seen Swan Lake at The Met or at any other location? How did you like it? What other ballets do you recommend? Share with me in the comments.